Choose your country or region: 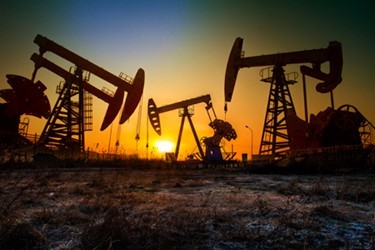 As oil wells age, the internal pressure gradually drops while fluid levels tend to move away from the production zone. To combat the resulting production declines at those wells, oil and gas companies turn to enhanced oil recovery to optimize output.

Carbon dioxide (CO2) injection and water alternating gas injection, also known as WAG, are unconventional enhanced oil recovery processes that mobilize oil without relying on pressure. Injected CO2 will dissolve into the oil and lighten it, lowering viscosity so the oil can then be more easily recovered. During WAG, a waterflood injected after the CO2 injection pushes the mobilized oil towards a production well. Both methods are dependent on collecting CO2 from gas operations and holding it underground — also known as carbon capture and storage — until needed.

The ability to accurately measure CO2 in carbon capture and storage is critical to success in the process. Precise readings allow oil companies to ensure oil remains in the production zone for water injection, maintain reservoir pressure by replacing extracted oil with other fluids, and reconcile injected/stored gas for future use. Additionally, and just as important, accurate measurements assist oil companies in meeting their environmental goals and compliance requirements.

As a key part of its mission to help conserve natural resources, McCrometer is positioned to assist with the increasing global demand for carbon capture and storage. This includes support for oil and gas companies that are striving to be good corporate citizens by meeting emissions standards. McCrometer V-Cone® technology is an ideal solution for these applications in oil and gas because of its ability to handle high pressures (up to 15,000 psi) and to be constructed from a variety of materials.

A Pathway To Cleaner Energy

Starting around 2000, the use of unconventional enhanced oil recovery systems began to rise in North America because of the high price of oil (exceeding $100/barrel) and the reduced cost of CO2 injection technologies. Injecting CO2 also doesn’t have the same environmental stigmas attached to it that gas and water injection techniques have often weathered. In fact, CO2 injection and WAG may have more far-reaching environmental benefits than conventional enhanced oil recovery methods by promoting the long-term or permanent storage of greenhouse gases.

Pursuing cleaner energy production aligns with growing efforts to combat climate change by limiting the rise in global temperatures. Through retrofits of existing facilities or building new power plants with integrated carbon capture capabilities, a growing number of oil and gas companies are expected to make a significant contribution to that outcome.

For example, a Middle Eastern oil company announced plans late last year to expand its carbon capture program. As part of a joint venture, it operates a commercial-scale carbon capture and storage facility that captures 800,000 tons of CO2 annually to inject into reservoirs in several oilfields. Plans call for a more than six-fold increase in the use of CO2 for enhanced oil recovery by capturing 5 million tons of CO2 per year, or 250 million standard cubic feet per day before 2030.

These are the types of projects where McCrometer V-Cone technology comes into play.

Traditional flow meters require significant runs of straight piping both upstream (zero to 3x) and downstream (zero to 1x) of the meter for it to work properly. The V-Cone, by comparison, works well with shorter straight-pipe runs so they allow oil companies to reduce the size of injection skids. When multiplied, in some cases by more than 100 skids, this can generate large savings. The smaller footprint also ensures oil producers can meet difficult space and weight requirements on offshore applications.

Additional benefits of the V-Cone include: 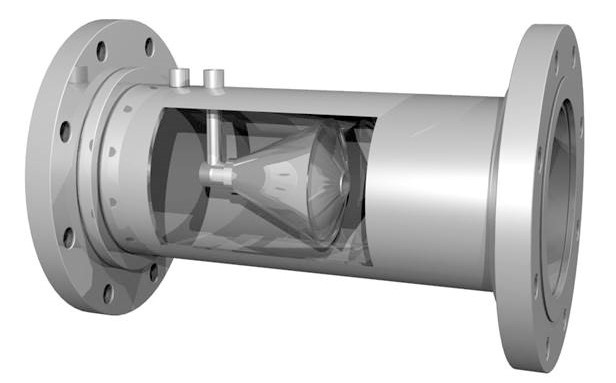 A major oil and gas producer in the Southeastern U.S. needed to implement enhanced oil recovery technology to boost production in a mature oil field. The company had been using waterflooding for the last 25 years, but it was no longer providing the desired output.

The company’s process engineers decided to implement a WAG injection system, which is designed to help increase oil recovery in mature reservoirs. (This field’s first well had been drilled in 1942.) WAG involves alternately injecting CO2 and water — the CO2 helps mobilize the remaining oil, while injecting water displaces the remaining oil and gas.

Because of its ability to perform in constrained spaces and measure both liquids and gases, the oil and gas company selected McCrometer’s V-Cone technology for the WAG project. Since then, the production improved from 350 to 4,500 barrels per day.

“We’ve used V-Cone flow meters in this application for three years without a single failure and no maintenance, and accuracy of the V-Cone has not changed a bit over time,” said the lead process engineer for the project.

Even with the split run fluid stream to the multiple well heads, the V-Cone flow meter remains accurate.  This level of accuracy is significant because the process injects 70 million cubic feet of CO2 per day, but the gas remains in the ground and is reused in the process, which eliminates greenhouse gas pollution.

Using a less-than-ideal flow measurement technology during the carbon capture and storage process can have serious implications for oil and gas companies. This includes the need to use more energy than necessary for enhanced oil recovery, building larger and more expensive injection skids, and the risk of drifting into regulatory non-compliance.

McCrometer’s V-Cone flow meter is customizable and can accommodate both high-pressure and large flows. In certain applications, it can withstand pressures up to 15,000 psi. The V-Cone flow meter uses a centrally located intrusion that redirects the flow to the outside of the pipe and conditions the flow by reshaping the velocity profile, all but eliminating the need for straight pipe runs.

Other features include up to 0.5 percent accuracy (some applications require outside calibration to reach this level) for water with a wet gas accuracy of up to 2.0 percent; 25-year life span with no maintenance; little to no pressure loss; and the ability to measure wet gas when the gas volume fraction is 90 percent or higher, at a significantly lower cost than a multiphase meter.